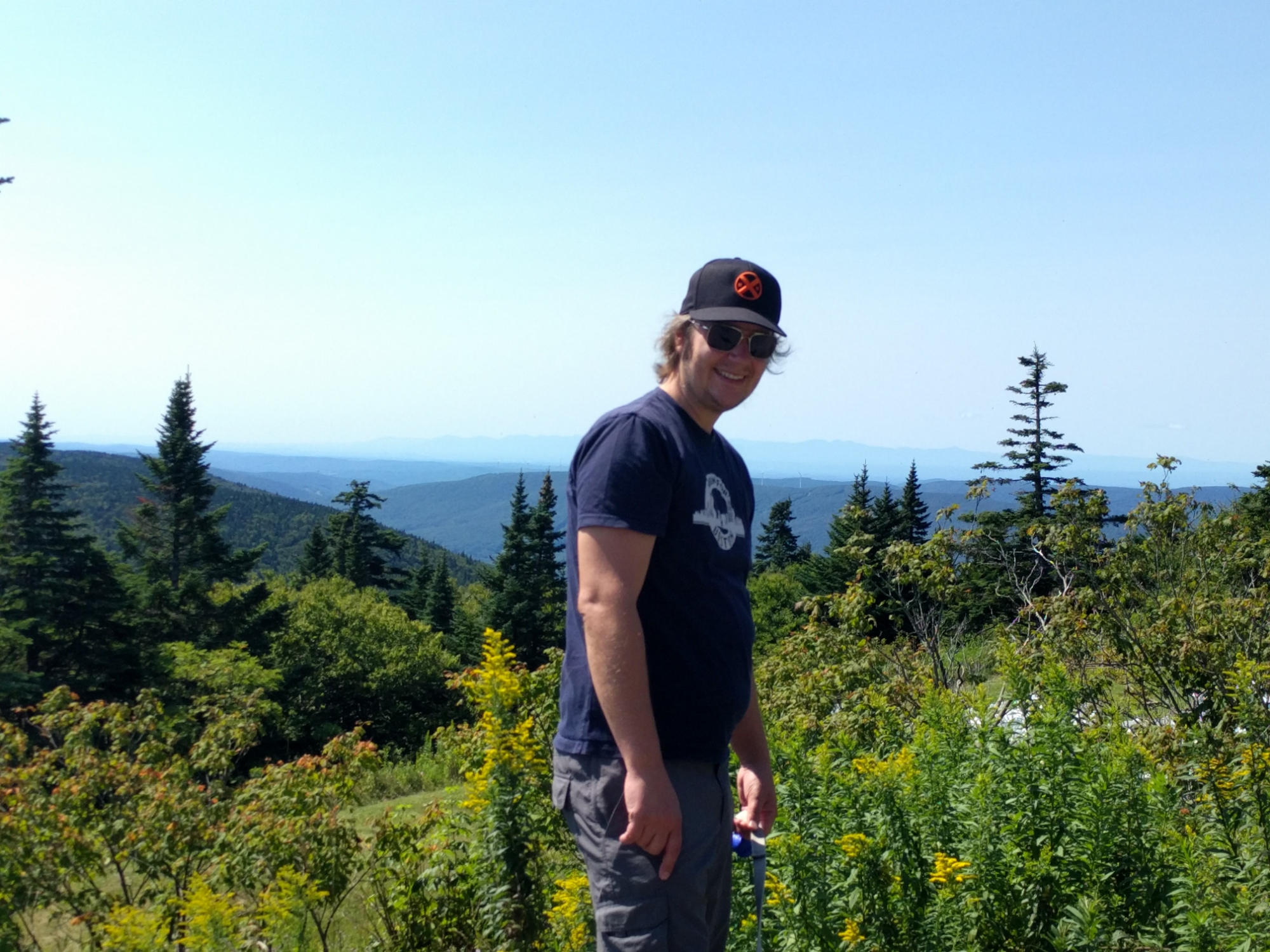 I think my last post had us moving on from Indiana. We stopped, back in August, in Buffalo for a couple days to see family and friends and then continued onto the Boston area. We stayed at a beautiful campground near Concord, Minuteman Campground, and enjoyed walks there and at the National Parks in the area. Lots of Revolutionary War buildings, replicas and hikes to take to learn about the history of our country. I found a beautiful sculpture garden on one of the many pond/wetland areas called deCordova. While in the area we did some beer tasting although we were not thrilled with the pizza or coffee. Oh well, it was a pretty place to be for a couple weeks. Andrew worked Monday-Friday both weeks we were there so we didn’t get out too much.

From there we went just a few hours northwest to the southwestern corner of Vermont. Stunning place to be. We were in a very large parking spot at the Pine Hollow Campground and were able to enjoy the mountains and the very beginning of fall colors. While there we did a lot of beer tasting. This includes a trip to the local ski resort to a festival that had Andrew tasting beer from all over Vermont in one place at one time. We also met a really great couple (Gail and Murray) and have vowed to meetup in our RVs at some point in the future! This was a funny meeting, as Andrew had on one of him many CustomInk t-shirts. A guy behind us started yelling, “CustomInk!” We turned around and there was Murry in his CustomInk shirt he had printed for his business.

I think our favorite eats was at the Garlic Festival where we had all kinds of garlic infused stuff including vodka and French fries! Yum! We of course left with a fair amount of garlic deliciousness. Funny story, we were at the festival for about ten minutes when a guy came up to us and said, “Don’t take this the wrong way, but you look like people who might know where to get Garlic margaritas.” Bahaha! We didn’t, but we did look for it after that. The line was soooo long that we decided to pass up the opportunity as we needed to get to the beer festival described above. It was a fun weekend!

I left Andrew for a long weekend and went to Garrison Institute in NY for a retreat and we later met up at a Walmart (where else?) to head south to Northern Virginia. Once there we had four and a half weeks of catching up with friends and eating all our favorite foods! We also fumbled through fixing the jacks hydraulic motor for five days! Ha! Hours and hours on the phone for each of us and eventually Andrew with his super patient, trial and error till he figures it out, method paid off!

Then to my parents’ house for a couple weeks where Andrew worked from the RV in the driveway as we hung out with my mom and dad and installed solar panels! Yay! Now, we don’t have any data yet but we hope to see how off the grid (not at and rv park with electric hookups) we can really live with them.  We also did a few more home renovations finishing up what we started in the bathroom, ripping out the sofa bed, and building out some storage for the TV and tech gadgets! I’ll post more of that later. It was really great to spend a lot of time with my parents since we won’t be back with the RV till next fall! I see a couple trips by plane in my future…

Charlottesville was really lovely. We enjoyed loads of local wine, beer and cider and our favorite was Blenheim Vineyard. We visited Monticello for the first time and took in the sights and history. The nights are getting a little too cold for me though so I’ve broken out my down coat for morning dog walks. The days tend to warm up a bit but we are ready to move south!!

Currently I’m sitting at a rest stop off Interstate 64. Andrew worked the last couple weeks in the Charlottesville office and today was his last day. To save $35 orore depending on the RV park, we tend to checkout the last day he works in the office and I hang at a Walmart or rest stop of some sort to wait for him. We did this as we left Vermont for NoVa, too. Andrew waited at a rest stop and I joined him after spending time with friends to then drive to my parents’ house. It is easy to quickly hookup the Jeep and be on our way.

Oh yeah, one last thing… We managed to get a mouse in the heating ducts! We have heard him, seen his evidence, but can’t seem to find him. We’re really not even sure how he got in as Andrew has used expanding foam on every nook and cranny. At least we thought he did. Anyway, we hope to catch him in one of those little humane traps; guess he’ll have to make new friends since we’re already 16 miles from where he used to live and are driving another 7 hours to SC by tomorrow!